God called Tom and Lois Wilson from Ontario, Canada, in 1997, to become staff members at D&D Missionary Homes in Florida.  By 2002, having rubbed shoulders daily with missionaries, pastors, and others in Christian work, they watched as these people struggled with one of their greatest needs—transportation! However, the full impact of this did not hit home until later that year when a man donated his car to them for what, they thought, was their own personal need.  Little did they know that God had a different plan!  Miles away in Costa Rica, Noribette Day, a missionary wife and mother, was praying that God would place it on someone’s heart at D&D to start a ministry renting vehicles to missionaries!!  Every time that her family came to the U.S. on furlough, they had to walk!!  Noribette told us that she was amazed when the next time they arrived at D&D, her husband, Mike, told her that they had the use of a vehicle!  That one car given to Tom had not only been the fulfillment of her cry and prayer, but also the beginning of an exciting ministry! 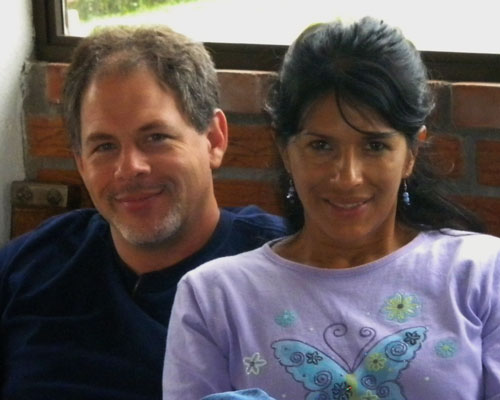 Right from the beginning, God had led Tom to read books about George Mueller and it was then that HE made it clear that MMI was to operate under the same principle of faith and trust in Him for all of their needs. As of August 18th, 2016, the Board members of Missionary Ministries met to specifically discuss this issue.  At this meeting, after much prayer, the Board believes that God is leading us in a new direction.  Still based on these principles, it is now time to ask everyone using our vehicles to help us meet expenses to carry on this ministry.

God directed Tom that all vehicles be owned, maintained, and insured by MMI.  The need for missionaries to be both picked up and taken back to the airport soon became apparent and was another extension of this ministry (unfortunately, as of June 2021, we are no longer able to provide this service).  Missionary Ministries is also on call 24/7 in the event that any car or van would break down and then towing or any other help needed is given to those using MMI vehicles.  Our prayer ministry warriors are the undergirding force of this ministry!  They are the ones who hold up the arms of all others involved!

Our goal is to still provide the transportation needed, to watch God continue to amaze us, and fulfill our calling as stated in Galatians 6:10 “Therefore, as we have opportunity, let us do good to all people, especially those who belong to the family of believers”. Our motto is “Willing to Serve”

The importance of Missionary Ministries cannot be overstated and fills a tremendous need as we are the only ones in Florida doing this.  Please read our TESTIMONIAL page as the missionaries speak for themselves…..

This website uses cookies to improve your experience while you navigate through the website. Out of these, the cookies that are categorized as necessary are stored on your browser as they are essential for the working of basic functionalities of the website. We also use third-party cookies that help us analyze and understand how you use this website. These cookies will be stored in your browser only with your consent. You also have the option to opt-out of these cookies. But opting out of some of these cookies may affect your browsing experience.
Necessary Always Enabled
Necessary cookies are absolutely essential for the website to function properly. This category only includes cookies that ensures basic functionalities and security features of the website. These cookies do not store any personal information.
Non-necessary
Any cookies that may not be particularly necessary for the website to function and is used specifically to collect user personal data via analytics, ads, other embedded contents are termed as non-necessary cookies. It is mandatory to procure user consent prior to running these cookies on your website.
SAVE & ACCEPT